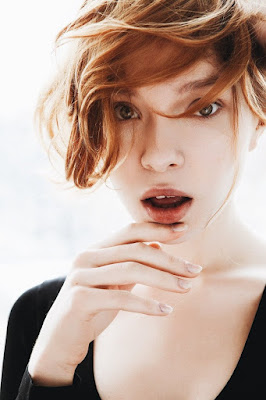 A year ago to the day I wrote,

A girl can be just as in charge with a man old enough to be her father as with a younger man. Those handcuffs will come in handy. But with older men, a girl does not have to be quite as stingy with her favours and good behaviour and really wonderful presents can be the occasion for a controlled ejaculation. The dynamic is very different.

I'll return to the subject another day. But, right now, it is cocktail hour and I'd hate to be late."

What I was referring to, of course, was that wonderful opportunity which smart girls, especially in their twenties, have to become a mistress for a few years.

No, not the boots and leather corset kind of mistress - though that can be fun too - rather a young lady who is "kept" by a wealthy, usually older man. I have written extensively about this quaint but delightful halfway house between escorting and the dating/marriage world. (I'll put the books in below. A couple are free today.)

It takes a self-possessed girl to succeed at being a mistress because there is a subtle but very real power dynamic involved. The fact is that almost every mistress relationship is a female led relationship to a greater or lesser degree.

I discuss this dynamic at much greater length in my book Modern Mistress: Lead the Luxury Life you Deserve. Put in simple terms, a woman who becomes a mistress is trading her time, attention and favours to her patron for "the finer things in life". What those things are - an allowance, rent paid, a clothing allowance, a car, vacations - are all a matter of negotiation and it is the mistress, not her patron, who takes charge of that negotiation.

Part of the dynamic is that the prospective mistress has something her patron wants. That something goes well beyond sex. If it is just a transactional sex for money situation then the girl is not really a mistress at all. She is stuck somewhere between escort and sugar baby. In both those situations, (with few exceptions which I talk about in my book on elegant escorting, Avails: Escorting for The Elegant Woman) it is the male who holds the power and, being men, in that situation the relationship is usually very fleeting. Even the most successful sugar babies seldom last three months, whereas a man's relationship with his mistress can last years.

The key to this longevity is that, from the moment she meets her patron, through the negotiations and on into the relationship, the mistress takes charge. Both in the bedroom and in the rest of their time together, a clever mistress takes the lead. She does this by doing something many women are diffident about: she owns her sexuality and makes it clear from the outset that it is her sexuality and what she chooses to do with it, which drives the pleasure matrix in the relationship.

Obviously, it is not as one-sided as the total control a dominant wife maintains over the sexual life in her marriage. Most patrons would be unimpressed with the requirement of prolonged chastity for example. But that does not stop a clever mistress from keeping her patron, as it were, hungry.

Finding out what a man really desires and then teasing him with possibilities sets a mistress apart from her less adventurous peers. Because it implies that a mistress is more than willing to meet those desires head on rather than coyly as many women feel bound to do.

A mistress keeps her patron transfixed because, unlike with many of the other women he has been with, she is sexually aggressive rather than passive and her sexual favours are not conditional. Far too many women use sex as some sort of reward for their husbands or boyfriends. Completion of the "honey do" list gets a husband a blow job. For the mistress, assuming that her patron ensures her comfort, sex is part of the bargain and a part she embraces.

Spending a few years as a mistress in your twenties very quickly expands a woman's perspective on the world, on men and, most importantly, herself. As I gather the interviews with the women in the Mistress Matrix, I was struck at just how much more mature and self-confident these, often quite young, women were. Part of it was, of course, money. Compared to her contemporaries, a well kept mistress has much lower expenses and a much greater disposable income for what amounts to, in most cases, all of five to ten hours a week of actual face time. Another huge part of it was that these girls realize early on that their success as mistresses depends on being the sort of beauty their patrons desire. Glossy hair, great skin, perfect nails - even a slightly mousy girl is transformed as she embraces the mistress experience and has the money and time it takes to glow.

Add to that the time at the gym or swimming and generally being physically active - mistresses don't have muffin tops and the money to buy really lovely clothes and, very quickly, a girl gains the real power beauty confers. A woman in full.

It is only for a few years but being a mistress is the perfect preparation for a woman who wants to lead her own marriage.

Here are the books: 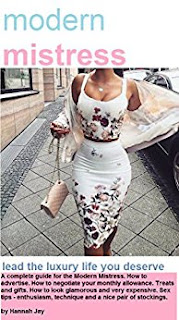 A complete guide for the Modern Mistress. How to advertise. How to negotiate your monthly allowance. Treats and gifts.
How to look glamorous and very expensive. Sex tips - enthusiasm, technique and a nice pair of stockings. The Modern Mistress's apartment, wardrobe, lingerie, sheets and refrigerator: a complete guide.
Plus a guide for patrons to avoid getting caught and why the Modern Mistress is a wife's best friend.
A sexy, fun and provocative guide to the good life for girls who demand to be spoiled. 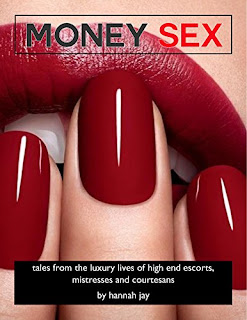 Five star reviewed author Hannah Jay has written the definitive guide to high end escorting with her “Avails: The Elegant Woman’s Guide to Escorting” and the ultimate guide to paid companionship, “Modern Mistress: Lead the Luxury Life You Deserve”, has interviewed literally hundreds of up market escorts, mistresses and courtesans. In this first volume of “Money Sex” she brings fifteen top escorts’ stories to life.
The very best lingerie for a pay for play date? The real secret behind graceful, professional, blow jobs? What expensive girls do to prepare for pleasure? Why do girls escort? Miss Jay’s interviews are sexy, smart and revealing.
Super luxe girls, in their own words, talking about their first time, the men they like, the clients who keep coming back, the tricks of the trade. 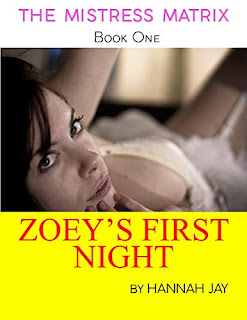 What would the first night as a wealthy man's mistress be like. Zoey is about to find out.
Everything needs to be perfect right down to her pretty lingerie. Nick was going to have the night of his life and, even though this was just a business arrangement, Zoey wanted to be the sort of girl Nick would keep coming back to. 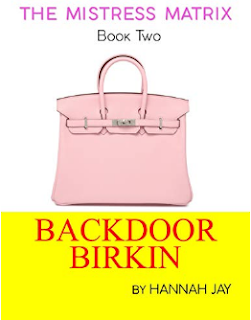 Chris becomes the mistress of a very nice man with a tiny problem.
She solves the tiny problem and brings home the Birkin.
The pleasures of a kept woman in Book 2 of the Mistress Matrix. 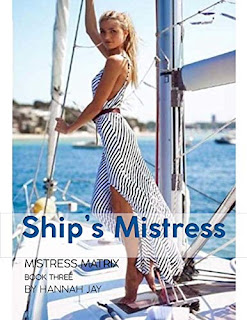 A Man In My Position 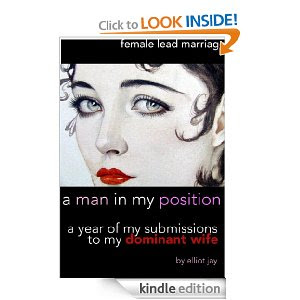 A Man In My Position (The Well Tempered Husband)


The beginning of our journey into a wife lead marriage - discipline, caning, corner time, oral service, chastity and mindfulness. 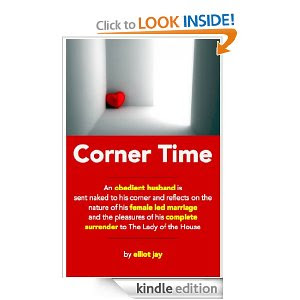 
In which I am sent to my corner for punishment or meditation and the Lady of the House explains how obedience is a matter of routine and humiliation. 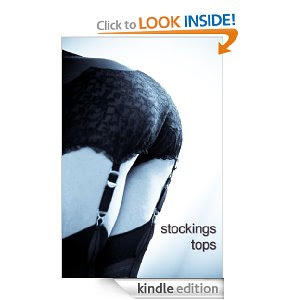 Stockings Tops (Retro Lingerie)
The Lady of the House gives me a peak of her pretty lingerie and the beauty which I will worship, pleasure but not have.